Added to wishlistRemoved from wishlist 0
0
$9.99

The Book of Esports: The Definitive Guide to Competitive Video Games

Added to wishlistRemoved from wishlist 0
0

From the Author of The Osiris Method Guide

Osiris (Cody) here from OsirisSC2Guide.com (formerly sc2guidereviews.com) and I have a really exciting announcement to make. Over the past 6 months, I have been diligently working on creating an effective Starcraft 2 training program that could take a complete SC2 newbie and quickly (and reliably) catapult them to the top of the 1v1 ladder rankings.

If you do not already know me, I have been running this popular Starcraft 2 strategy website since release and have helped countless players over the years get better at Starcraft 2.

Despite the popularity of my website, there was one thing that bothered me – some of the players that would ask me questions or for help with strategies had very low ladder ranks. It was not just me either – whether I was checking the YouTube comments for a popular shoutcaster, reading the comments boxes of pro gamer streams and tournaments, or browsing one of many Starcraft 2 forums, low-ranked players were everywhere (insert The Sixth Sense meme here)!

While someone has to be at the bottom, many of these players were actively trying to get better at Starcraft 2 – playing games, reading strategies, watching their replays, following pro streams, and asking for help – yet still failed to significantly improve their ranks despite their repeated efforts.

The question then became.. Why do some players get better at Starcraft 2, slowly but steadily increasing their ranks the more they play, while other players languish in ranking purgatory, never actually making significant improvement in ladder ranks no matter how much they play?

Clearly, learning strategy alone is not enough to advance to the top of the Starcraft 2 ranks. There are many low to mid-ranked players who are well versed in SC2 strategy yet do not have a good rank to show for their efforts.

I began to wonder.. if not strategy, then what is needed to be highly skilled at Starcraft 2? And perhaps more importantly, what is the fastest way possible to achieve this high level of skill?

I set out on a quest to come up with a Starcraft 2 training program with the following criteria:

The end result was The Osiris Method, the first and only true Starcraft 2 training program.

What is The Osiris Method?

The Osiris Method allows reveals in full detail the fastest way to get better at Starcraft 2, providing players with practice regimens that they can follow on an hour-by-hour and week-by-week basis. The Osiris Method takes all the guess work out of ranking up in Starcraft 2 and instead provides a reliable, repeatable method for rapidly improving your 1v1 ladder rank.

How Much of a Division Rank Increase Can Be Expected With The Osiris Method?

At the end of the day, the most important you players want is to increase their division rank. Here are the expected skill and rank increases you can expect from successfully implementing The Osiris Method:

Time Frame for All Leagues: 4-10 weeks, depending on playtime. The more time you spend on The Osiris Method, the faster it will work for you.

These are just minimum guidelines for expected rank increases. Once you complete the training program, there is a maintenance plan in place for continued improvement. Your rank gains are not limited to the first 10 weeks if you continue with the program. There is nothing stopping a Bronze League newbie from getting a top rank in Starcraft 2 with continued practice of the principles and drills found within The Osiris Method.

However, in order for The Osiris Method to work, you have to actually get the guide. Click the Buy Now button below.

Get started with The Osiris Method for just $17. 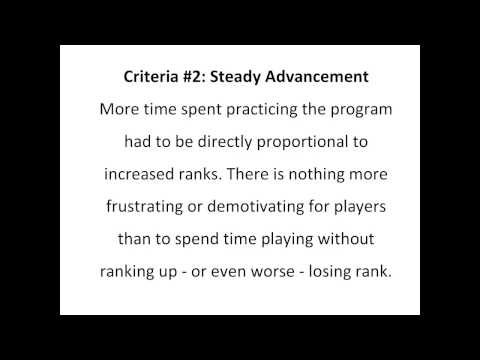 There are no reviews yet.

Buy Product
About Us