Home » Gaming » How the PlayStation Changed the Game
GamingNews

How the PlayStation Changed the Game

In the early nineties, Nintendo was the undisputed king of the video game industry. SEGA had tried to compete with the NES and the SNES home consoles with their Master System and Mega Drive, and while the latter did a lot better than the former, Nintendo was still the top video gaming device (console) for once all the sales were counted. As the SNES and Mega Drive generation was winding up, SEGA started toying with the idea of using CDs instead of cartridges, even going so far as to release the SEGA CD add-on for the Mega Drive. 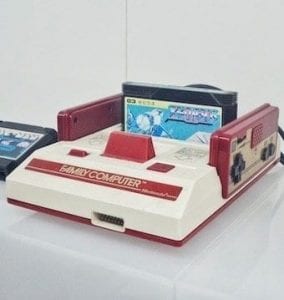 Nintendo, for their part, also dabbled in CD technology. They held talks with Sony, famous for their work with CDs and the accompanying hardware, to help them build a CD drive for the SNES. Sony spent time and money learning about the gaming industry and building their prototypes but negotiations between the two Japanese companies broke down. Depending on who you ask, either Nintendo agreed on terms with another company in secret and let Sony find out at the last minute, or Sony was asking for too much money and Nintendo balked on the deal. Whichever is true, the result was still the same; Sony was out on their ear in regards to the SNES-CD. While that deal hadn’t worked out for anybody, what became clear was that the gaming industry was moving towards CD as their medium of choice.

Sony decided to use what they’d learned and developed working with Nintendo to create their own console and enter the fray; they dubbed it the PlayStation and released it in 1994, about two years before Nintendo would release their next big console. What nobody expected was that Sony would ultimately dethrone Nintendo as the most popular console manufacturer in the world and begin a twenty-year dominance of the industry.

One of the main reasons that Sony was so successful with the original PlayStation was its superb marketing of the console. Prior to the PlayStation, almost all games consoles were aimed at children. Sony made a shrewd move in specifically targeting young adults in their marketing, making PlayStation a hit among gamers that had grown up with a Nintendo console but now wanted something a little more, well, grown-up. 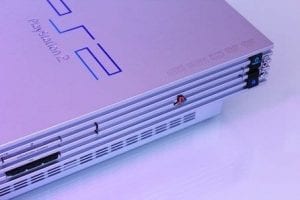 Sony would put the PlayStation in nightclubs and have celebrities endorse the console or be photographed playing one. Games generally started to drift more towards an adult tone, and new titles like Tomb Raider were seen as altogether cooler than Mario or Zelda. Ultimately, Sony took a hobby that was generally seen as for children and openly mocked by many and helped to make it into the more respected medium that we see today. While it would be silly to say that they did it out of the kindness of their hearts – they made a hell of a lot of money through making gaming more accepted in the public eye – we can’t overlook what they did. Sony made gaming cool.

When it came time for the next big Nintendo console, the N64, the company surprised a lot of people by announcing that it would still use cartridges instead of CDs. The logic behind the decision made enough sense; CDs are much easier to pirate than cartridges, and they feared that using CDs would cost them a lot of money thanks to copied games. The decision to stick with cartridges and the extra two year development time Nintendo had with the N64 meant that the system was more powerful than the PlayStation and load times were virtually non-existent. Cartridges did have downsides though – they made games more expensive to produce, they were harder to develop for, and it meant that the N64 would struggle with storage, music quality, and FMV.

Squaresoft had long been working with Nintendo and had brought all of their previous Final Fantasy games to Nintendo consoles. But seeing the extra storage space CDs would afford them, and knowing that they could push the boundaries of production values with higher quality cut-scenes, Square jumped ship and decided to produce the next title in their Final Fantasy series for the PlayStation: Final Fantasy VII. 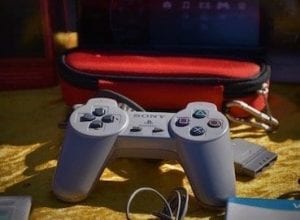 It’s impossible to overstate just how important Final Fantasy VII was. As an RPG, it introduced millions of gamers to their first Japanese role-playing game, and the subsequent popularity of the genre meant that role-playing mechanics began to filter into practically every other genre. Today we have RPG systems in FIFA.

But as important as Final Fantasy VII was to games, it was even more important for Sony. Final Fantasy had become a big deal in Japan and the move to PlayStation meant that sales for the console went up in Sony’s homeland cementing the console’s position as the one to own for fans of JRPGs. In the years that followed, the PlayStation would see dozens of top-notch JRPGs released, and even today this period of time is remembered fondly as a golden age for the genre. What was more surprising was how well Final Fantasy VII was received outside of Japan, though.

While the Final Fantasy series had been fairly popular among gamers around the globe, Final Fantasy VII became a phenomenon. Thanks to stellar reviews, contagious word of mouth, and a hefty marketing campaign, Final Fantasy VII went on to be a massive hit that meant more to the industry than just some impressive sales numbers. Gamers embraced the story of Cloud and Sephiroth, and hungry for more, JRPG sales generally went up. Final Fantasy became a premier brand, and future releases for the series became events that gamers would look forward to.

Final Fantasy VII also featured impressive – for the time – visuals that wouldn’t have been possible had Squaresoft made the game for the N64. The quality of the FMV sequences in Final Fantasy VII was one of the major talking points surrounding the game, and the cinematic edge that Squaresoft brought to the title was something that other games still replicate to this day.

Thanks largely to Final Fantasy VII the PlayStation made a serious mark upon the gaming industry, and from there, things only got better. The extra power the N64 had technically was negated by the increased storage capacity of the discs the PlayStation used, and the higher quality of music and video that available to developers. Titles like Metal Gear Solid, Silent Hill, Resident Evil and Tomb Raider simply wouldn’t have worked on N64, and they all became major selling points for Sony’s console. What’s more, Nintendo had no answer for games like these, instead generally sticking to the tried and tested games like Mario and Zelda.

While the quality of Nintendo’s games remained as high as ever, their hardware had let them down this time around. Whether they underestimated the threat of Sony as a credible competitor or whether they didn’t realize the impact that CDs would have upon the industry, Nintendo was finally number two to another company in the gaming space. By the end of the generation, the N64 had sold around 32 million units, while the PlayStation racked up over 100 million in sales.

Late in the generation, taking inspiration from the N64 controller which featured an analog stick, Sony released the first Dual Shock controller and changed the way we play games forever. Nintendo made a clever move in including an analog stick in their controller since 3D gaming would require a little more precision than the standard D-Pad would allow. But Sony took the idea and did something ingenious with it. With one analog stick to control the player character, and one analog stick left to control the camera, the way we play games was redefined. Microsoft and Nintendo have both copied this approach since, and now the control scheme is so commonplace that playing a 3D game from before the dual-analog time period feels awkward.

Nostalgia might paint Nintendo as the leaders of console gaming; they were the explorers that went out into uncharted territory. But Sony was the company that used what they discovered to build the gaming industry into what it is today. PlayStation has been the premier brand in video games longer than Nintendo ever was.

Part of the reason for that is the success of the original PlayStation console. The first steps into 3D gaming might have been awkward, but once the foundations were laid, console gaming was changed forever. The PlayStation helped to establish that via a combination of clever marketing, shifting people’s perceptions of the industry, and championing a few key franchises that would go on to be some of the biggest in the world.

Today, the original PlayStation is remembered as a gaming device console that changed gaming for a lot of people. Whether it Final Fantasy VII being their first RPG, Metal Gear Solid being the action movie that they could play, or Silent Hill scaring the pants off them, the PlayStation was a massively important moment in video game history and an unforgettable gaming device that gave us an incredible library of games.