Finding the Best Gaming Consoles for 2020 can be quite challenging since there are quite a lot of options on the market.   We know which are the market leaders.  So is it Xbox, Playstation or Nintendo?

In this review, we will explore all key options open to the gamer, in a bid to find the best gaming console this year. Along the way, we will give recommendations on some potential top-picks for your consideration. Whereby our criteria will revolve around value for money, and the number of features included.

What really makes buying a console a unique challenge is related to the type of games you want to play and how powerful you expect of the devices. There are also other considerations, such as portability and game availability. All these are important factors, especially if you’re planning to use that console for quite some time.   We felt that choosing a console entails making an important decision on which platform you want to go within the long run, and thus will become a permanent investment on the game device of choice.  So yes, we think it is an important decision which justifies careful consideration.

While the previous generation Xbox One was great, it soon became outdated and we got to admit it was quite bulky.   So now we have the Xbox One S.  The Xbox One S All digital is an awesome console because it’s way smaller and it has removed the need for a disk, which is an awesome improvement. It is a fully digitalized console that places a lot of emphasis on entertainment as well.  In other words, you can use it as an entertainment center and play all your video games and download them in a flash.  How nice? 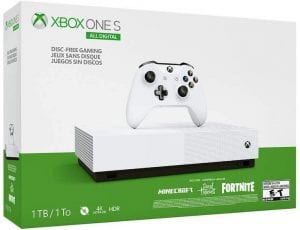 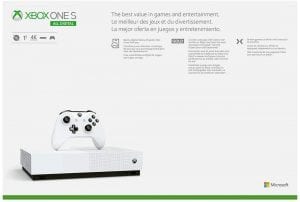 The good thing now if you own this console is you no longer need to struggle with storage plus you can add storage anytime as you wish.  One thing is certain, the return on investment is great since there are quite a lot of bundle deals available, with games.

It’s not the most powerful Xbox yet, but it runs all Xbox games which are great, and it looks handsome with a small footprint, so it does not take up too much space in your home. 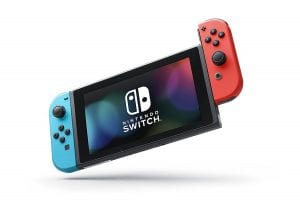 Nintendo Switch is by far the best gaming console for 2020 when it comes to portability. What really makes it stand out is the fact that it’s a pleasure to use and you can add it to your TV if you want to. To make things even better, the battery life is very good, up to 9 hours in total. And they do have seamless controls in the form of Joy-cons, that you can take on and off and then use them as seamless controllers. 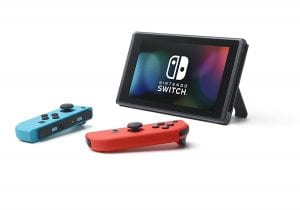 Nintendo Switch also has some of the best games right now, so you can be assured you are getting high value for the money. You might need to buy a memory card though to install multiple games, it’s certainly a great investment nonetheless.  If you want a similar experience but have a smaller budget, the Nintendo Switch Lite version may be a better option. It’s a wonderful console for the money, and you will find it to work amazingly well. 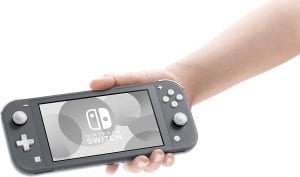 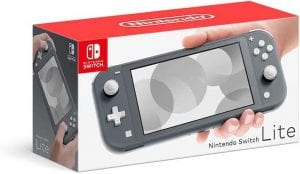 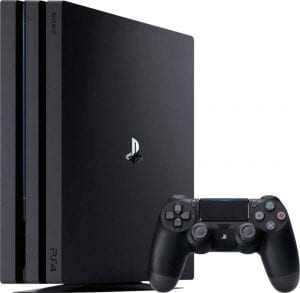 We know that many consider the PlayStation 4 Pro to be the most powerful gaming console on the planet right now.  You will see the quality and power as soon as you use it.  The specs are superb, and you get to play the best and most popular games available.   A lot of people like the console also because it has complete VR support. Granted, you need to buy PlayStation VR separately, but it’s still an amazing purchase and worth checking out.

To make things even better, Playstation 4 Pro carries the most game titles too.  So if you like playing tons of the most popular games, PS4 Pro will be the best choice.   It will deliver the most rewarding experience which will satisfy the most demanding gamers.   Now we understand why the PlayStation 4 Pro commands the highest price tag, as so many gaming enthusiasts and experts considered it to be the best. 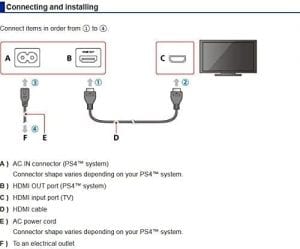 to access to more options and other bundled deals on Playstation 4 Pro. 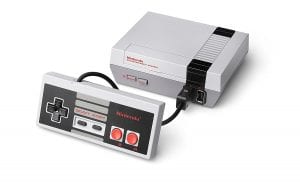 Why should you buy the NES Classic Edition in 2020? The great thing about this console is that it’s full of amazing vintage games that many of you would surely find interesting and refreshing to play. It has an old school controller and many emulated games.  However, the shortcoming is that you can’t add new games, so you’re limited to what’s on the console. If you’re fine with that, you will find the NES Classic Edition to be a great way to enjoy retro games, and in our opinion, it can be a very rewarding and memorable experience. 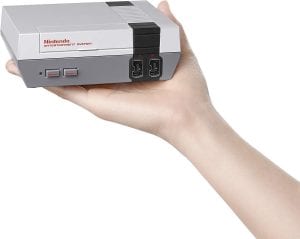 We would like to let you know there’s also the NES MINI option which was also revived recently, and we think it’s worth checking out;  for those retro game lovers out there. 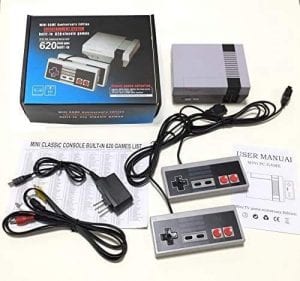 While the NES Classic Edition console itself has around 30 interesting games bundled. We highly encourage you to check this out and you will be more than pleased with the value for money. 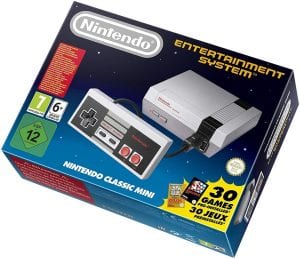 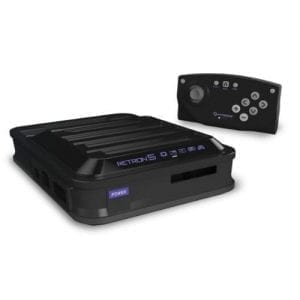 While the Hyperkin RetroN5  console is not as popular as the ones from Microsoft and Sony, but regardless we’d still like to include it in our list, as it can play old school games from all of your favorite consoles.  It covers pretty much all the old school consoles that you may want and also features HD output.  You can even save and load states and use a wireless controller with it. The console is easy to use and plays all your old games in a new, refreshing way. 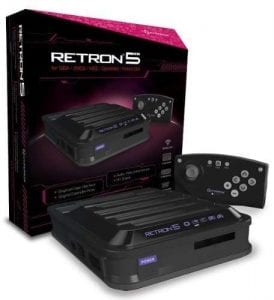 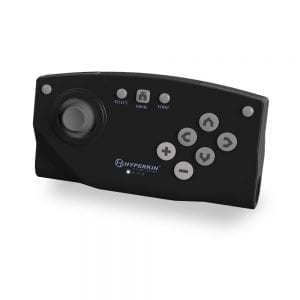 to access to more options and other bundled deals on Hyperkin RetroN5.

One thing is certain, all these consoles are amazing and they really bring in front of a resounding value. Finding the best ones for yourself is all about understanding your specific needs and expectations.  If you need a lot of power, then the PS4 or Xbox One are the best choices.  If portability is your priority, then you should go with the Nintendo Switch or Switch Lite.

Every console has its pros and cons, as well as a specialized market that they are addressing. Try to use that to your own advantage and you will be impressed with the experience and results.

Twitter Google Email
After the unfortunate postponement, concerning the Sony PS5 reveal event last week, fans situated on Sony's side of the gamin...

END_OF_DOCUMENT_TOKEN_TO_BE_REPLACED

Twitter Google Email
The Gaming Monitor is one of the most important components of any Gaming Setup. If you want your games to look good on the display, the...

END_OF_DOCUMENT_TOKEN_TO_BE_REPLACED

Twitter Google Email
The PS5 is almost upon us. When it comes to next-gen graphics, audiences worldwide expect big things. With each new iteration...

END_OF_DOCUMENT_TOKEN_TO_BE_REPLACED

Twitter Google Email
Are pre-order notifications a sign that indicates Sony's ambition to launch the Playstation 5, sometime soon? Well, as we dra...

END_OF_DOCUMENT_TOKEN_TO_BE_REPLACED

Twitter Google Email
Before we breakdown the top video games of 2020, let's address the current climate. In truth, the Coronavirus, also known as ...

END_OF_DOCUMENT_TOKEN_TO_BE_REPLACED

Twitter Google Email
What's the best portable video game consoles to buy in 2020? Or the best Nintendo handheld console, for that matter? Well, in...

END_OF_DOCUMENT_TOKEN_TO_BE_REPLACED

Twitter Google Email
Whether you’re playing an FPS or RPG game, you would want the best gaming headsets you can get so as to maximize the fun fact...

END_OF_DOCUMENT_TOKEN_TO_BE_REPLACED

Twitter Google Email
If you are passionate about gaming, then one of the best gaming devices to invest in has to be a great keyboard.  A good gami...

END_OF_DOCUMENT_TOKEN_TO_BE_REPLACED

Twitter Google Email
When we're out looking for the best gaming headsets, what lingers on our minds as key factors are usually comfort, audio qual...

END_OF_DOCUMENT_TOKEN_TO_BE_REPLACED

The Evolution of Video Gaming Industry

Twitter Google Email
The video gaming industry is one of the most lucrative industries in modern times. The first concept of video games was intro...

END_OF_DOCUMENT_TOKEN_TO_BE_REPLACED

How the PlayStation Changed the Game

Twitter Google Email
In the early nineties, Nintendo was the undisputed king of the video game industry. SEGA had tried to compete with the NES an...

END_OF_DOCUMENT_TOKEN_TO_BE_REPLACED

Xbox
Sony
by Nintendo
by Microsoft
close
Start typing to see posts you are looking for.